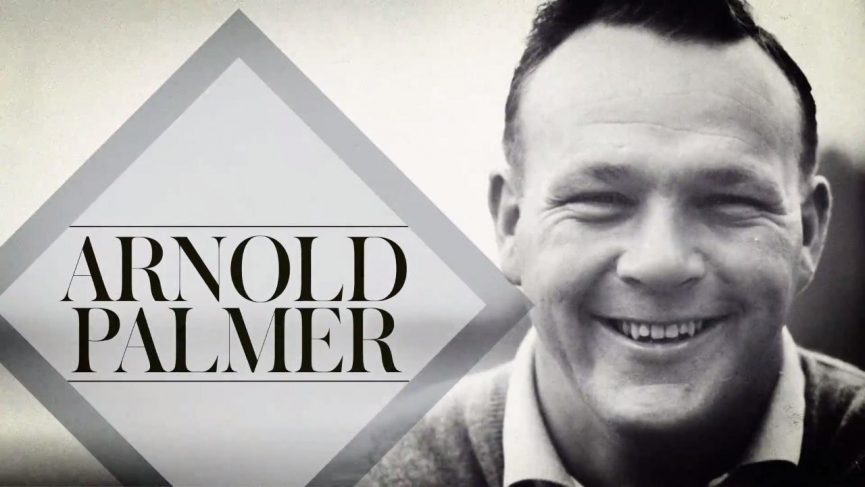 As PGA Director and part owner of Tam O’Shanter golf course in Hermitage, Pa., John Kerins said, “Everyone has an Arnie story,” and the Mahoning Valley is not for a loss of memories of golf legend Arnold Palmer.

“The King” passed away Sunday in Pittsburgh and left behind a number of stories from golfers all over who crossed paths with the 62-time PGA tour event winner.

Arguably one of the best stories from the area about Palmer comes from Tam O’Shanter, where a young Palmer was eaten up and spit out by the No. 14 hole nicknamed Death Valley for its large gulch that ruined Palmer’s marvelous round nearly 70 years ago.

The legend Kerins heard took place when Palmer was 17 or 18 years old and at up until the infamous hole had shot a round of 7-under par. But after hitting it into the valley it took three more shots to get out and after a three-putt on the green the round was all but ruined.

It wasn’t until 1995 that Kerins was able to confirm the story, straight from Palmer himself.

“I got the honor of being the honorary starter on the very first tee of the Pittsburgh Senior Open,” Kerins said. “Mr. Palmer walks up to me with my clipboard and says ‘Where are you from?’” After telling him the course, Palmer immediately recalled it.

“[Palmer] said ‘I played there one time. I remember really playing good on the front nine and I knew something bad happened on the back nine. That was the Tam O’Shanter Open wasn’t it?’

“It made me feel really good that of all the rounds Mr. Palmer played he remembered playing at little Tam O’Shanter,” Kerins said. “It was a great thrill.”

Many local golf courses can be partly attributed to Palmer’s legacy, one of those being Tamer Win Golf & Country Club in Bazetta. Former owner Charles Winch said he was influenced by both Palmer and Palmer’s father, who was a superintendent at a number of courses, just like Winch.

“[Palmer] definitely influenced me on building my own golf course, both he and his father,” Winch said. “I saw him play the Ohio Amateur in the early 1950s and I saw him at Firestone Country Club when I worked as a marshal. I never met the man, but I admired him.”

Being part of the large number of golf courses that were built in the 1960s, Winch knows better than most what kind of impact golfers like Palmer had on golf.

“Palmer was definitely at the forefront of making golf popular,” Winch said. “He made the game thrilling to watch. He’d always hitch up his pants, he was always whistling and he would talk to anybody. Everyone around him was his friend, his personal friend. He had an outstanding personality.”

Palmer’s popularity drove people to golf courses, hoping to emulate their hero and others.

“It was a country club thing exclusively [before Palmer] and then the general public got into it,” Winch said. “Women got into it big time.”

One of those who flocked to the links was Kerins.

“I’d go out at 10 years old and I’d knock my knees so they’d touch, I’d flick my wrist with my putter and I’d swing as hard as I could because we all wanted to be Arnold Palmer,” he said.

Kirk Hough, a Youngstown State graduate, had a once-in-a-lifetime opportunity to caddy for Palmer at a charity event in 1994.

“There was so much buzz, excitement and energy and then ‘Oh! There’s The King!” Hough said of the atmosphere surrounding Palmer. “It was truly amazing. The people loved him.”

Amazing is a strong word for Hough, who also has caddied for John Daly and Lee Trevino, but even at the age of 64, amazing was the correct word choice.

“We were looking at a real downhill shot, talking about club choice, and I remember telling [Palmer] it was an optical illusion,” Hough said. “I told him I would take the lesser of the two clubs we were debating about to avoid going too deep and he took my advice and hit it within 10 feet of the hole. He gave me a wink and that was a good feeling.”

Palmer’s competitive edge didn’t fade during that round, either. Even though it was just a one-round outing for charity, he desperately wanted to finish under par.

“He still had that competitive fire,” Hough said. “He was at even par on the final hole and he wanted to make birdie on the last hole. He said, ‘Let’s get a good read on this one.’ He unfortunately missed the putt to finish even but then even after that, when we got off the course with all the people he stayed and signed autographs.”

That feeling of warmth Palmer gave his fans and the personal attention he seemed to give everyone was evident even just during that one round 22 years ago.

“It’s true about him looking you in the eye,” Hough said. “He made you think you’re the most important thing in his life at that moment. He was everything I’d thought it would be and then some.”

East Palestine native and husband to Annika Sorenstam, Mike McGee, got to experience Palmer as his father, Jerry, played against Palmer regularly on tour.

“I was blessed to meet Mr. Palmer many times with my Dad at Champions Tour events,” Mike McGee said. “But I really got to spend some special times with him with Annika. They had a great respect for each other and he was very good to us personally and professionally. He made everyone feel like they were a friend. He gave everyone his time. People and fans were his oxygen. Everyone in sport, especially golf, owes him a thank you.”

Warren’s John Diana, a PGA professional, said the most remarkable thing about Palmer was his memory about nearly everyone he met.

“I met him a long time ago at Bay Hill and every time I saw him he remembered my name,” Diana said. “All the people he came in contact with, he remembered everybody. That always surprised me that he was able to do that.”

Diana also spoke about the rippling effects Palmer’s influence still has on the game today.

“He made golf markatable,” Diana said. “Every one of the guys playing professionally today should be grateful for Arnold. He made about $10 million in his lifetime while someone today like Dustin Johnson has over $30 million in his career.

“Golf is a better place because of him. All the younger players should praise him for what he did for the game. He’ll never be forgotten.”

Palmer’s kindness with the fans was also one of the most enduring memories Diana has of Palmer.

“No matter who would approach him he always would give them time, he never turned down the autograph,” Diana said. “You could see it first hand. Everyone was important to him.”